On France and Transformation

How do I possibly sum up the last month?

C’est pas possible. (One of the French’s favorite phrases, I believe.)

It was crazy and painful and magical and everything I wanted it to be.

Our students are amazing. So curious, so open, so independent. Not completely at first, though. The one word I wanted to describe the trip before it began was “transformative.” That wish was granted.

On the first day, we had students navigating Paris on their own, each armed with three group members and a (paper!) map. They bought breakfast pastries and oriented to walking the city, taking in the beauty and bustle of Paris. In the following days, they took turns reading the metro map and leading us to our next destinations. They walked the streets of Paris from 9AM to 1AM and woke up the next day to do it again. They saw the Louvre and the Pompidou, the Arc and the Eiffel, the bones of the Catacombs and the royalty of St. Denis. They ate at cafés and restaurants and street carts, drank Orangina and devoured gelato and pain au chocolat. 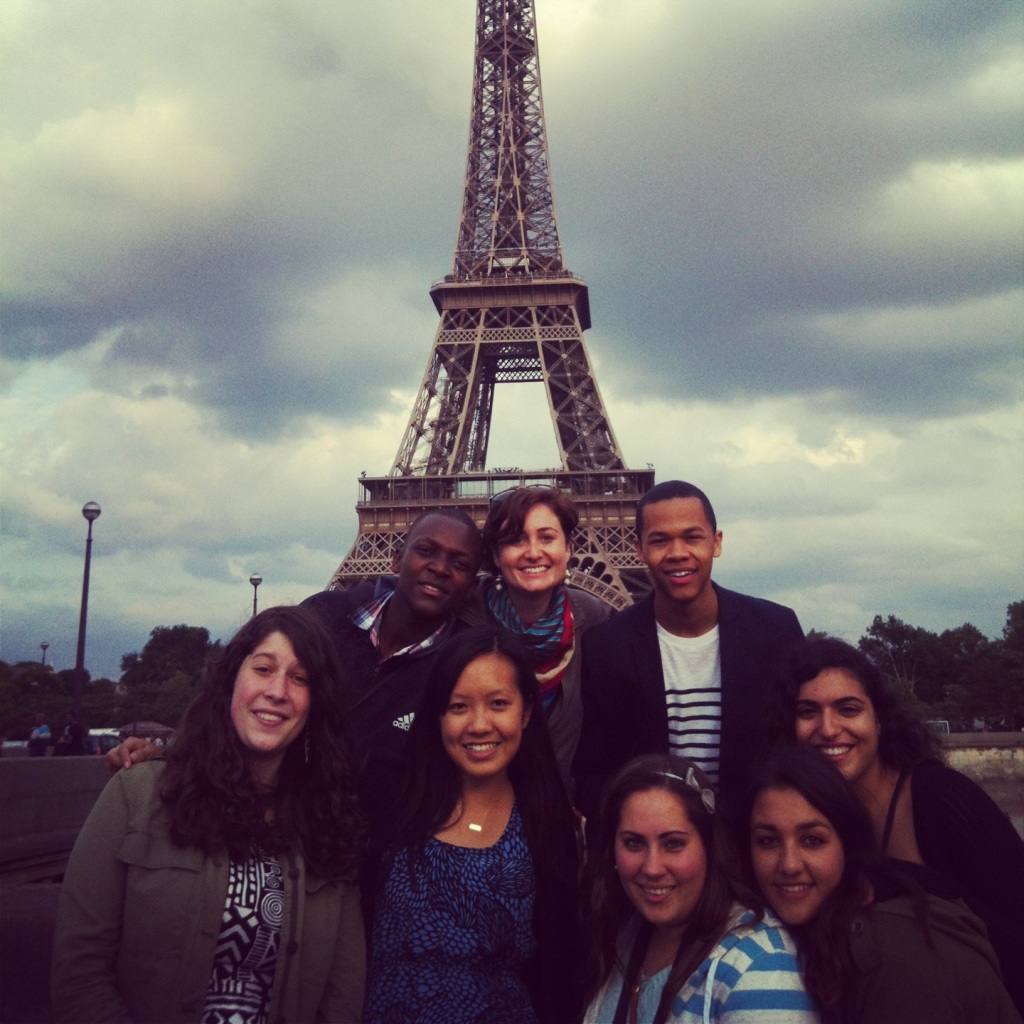 They asked each other questions about where they were from: Do you meet a lot of movie stars in LA? Do you like living in Austin? Are there big buildings in Kenya? (Yes, we had two students from Kenya!) They watched out for each other and for us, making sure no one was left behind while walking, cheering us up when we felt down, keeping my coffee consumption in check. They stayed hydrated.

After getting comfortable with the group, we threw them into French home stays. They lived with families for 15 days, some navigating with good French, others with a mixture of Spanish, French and Italian, and still others with just body language. Then they came back together for group excursions and opened up again about their experiences. They were vulnerable in debriefs, sharing the highs and the lows. (“I’m worried I’ll offend my family and I won’t know why.” “I’m worried I won’t like them or they won’t like me.” “My family is amazing, but my French is not.” “My family takes me to so many cool places and asks questions about where I’m from and I don’t want to leave.” “I got yelled at for being in my room and I don’t get what’s wrong.” “I’ve learned how to ask for what I need because I’m away from my parents.” “Being with this family makes me miss my parents.” “This family is so great, my parents at home will be jealous!”)

We reflected a lot. We stopped in a grassy park next to a rose garden in Paris, climbed rocks on the Mediterranean, sat on the rooftop of our hotel in Italy and hashed it out. How is your experience different from your expectations? Why do the French seem angry? Why are the buildings so grand? What do you like and dislike about your host family? Could the things that frustrate you be cultural differences? How are Americans and Kenyans similar and different to the French? What have you learned? How have you grown?

I grew in these ways, too. I learned how to travel with a co-leader and reflect in a circle and sing crazy songs to strengthen group bonds. I learned to say “I don’t know.” I learned to be more open with my emotions and knowledge because high schoolers can see through anything. I learned to trust that everything was going to be OK, even if they didn’t know where they were going or how to ask for help. I learned that I like playing Mama Hen and that I also like releasing that responsibility so that students learn to take responsibility for themselves. I learned that my French isn’t so bad.

My co-leader was a God send. 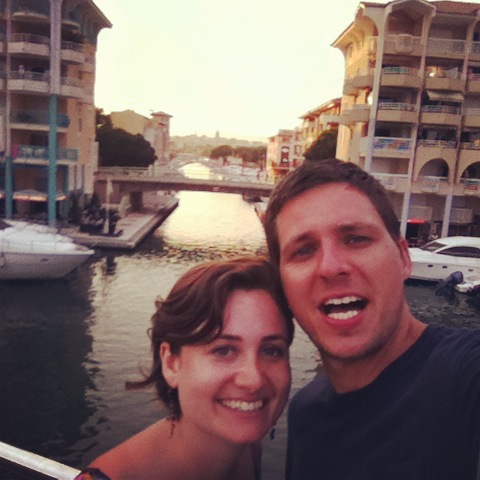 His sense of humor about everything made every situation the funniest moment of my life. And in a place like France where conformity is not only expected, but demanded, that humor is necessary.

You can imagine that we adjusted pretty quickly to being the large group of Americans, complete with awkward stares and some laughs. Maybe the best example of that was when we all held a neon pink string of yarn to stay together outside of Notre Dame. This was per the students’ request after one small group showed up late to our meeting because they were wandering around. Everyone laughed the whole walk!

Our ownership of this fun-loving American identity helped us navigate tensions we encountered on our own. The best moment Clay and I shared is when we were kicked out of a taxi.

Here’s how it went:

We were rushing to an important party to celebrate our amazing home stay families. But we had a misunderstanding with our director and couldn’t figure out a ride. So we hopped a taxi with the plan to pick a student up. Her name was Stephanie. We had two Stephanies, and two addresses. We picked the wrong address. When we told the taxi driver that we needed to turn around, he shook his head, said “c’est pas possible,” yelled at us about respecting his time, and promptly drove us back to where we started. Clay and I laughed the whole way because it was just so French! Even a taxi ride became a cause for moral reprimand. And we were the silly Americans making another mistake.

Here are some personal highlights, in order of amazingness:

Cinque Terre. One of the most beautiful places I’ve seen. And jumping off rocks into water holes was a highlight for almost everyone.

Sacre Coeur, where I cried at the beauty of so many travelers coming together to sit still.

Paris, including the Pompidou, the Catacombs, and climbing the Eiffel at night.

This pool at my home stay.

Fresh pizza and pasta in Italy.

Fiats. Oh Fiats! (I was in pure heaven!) 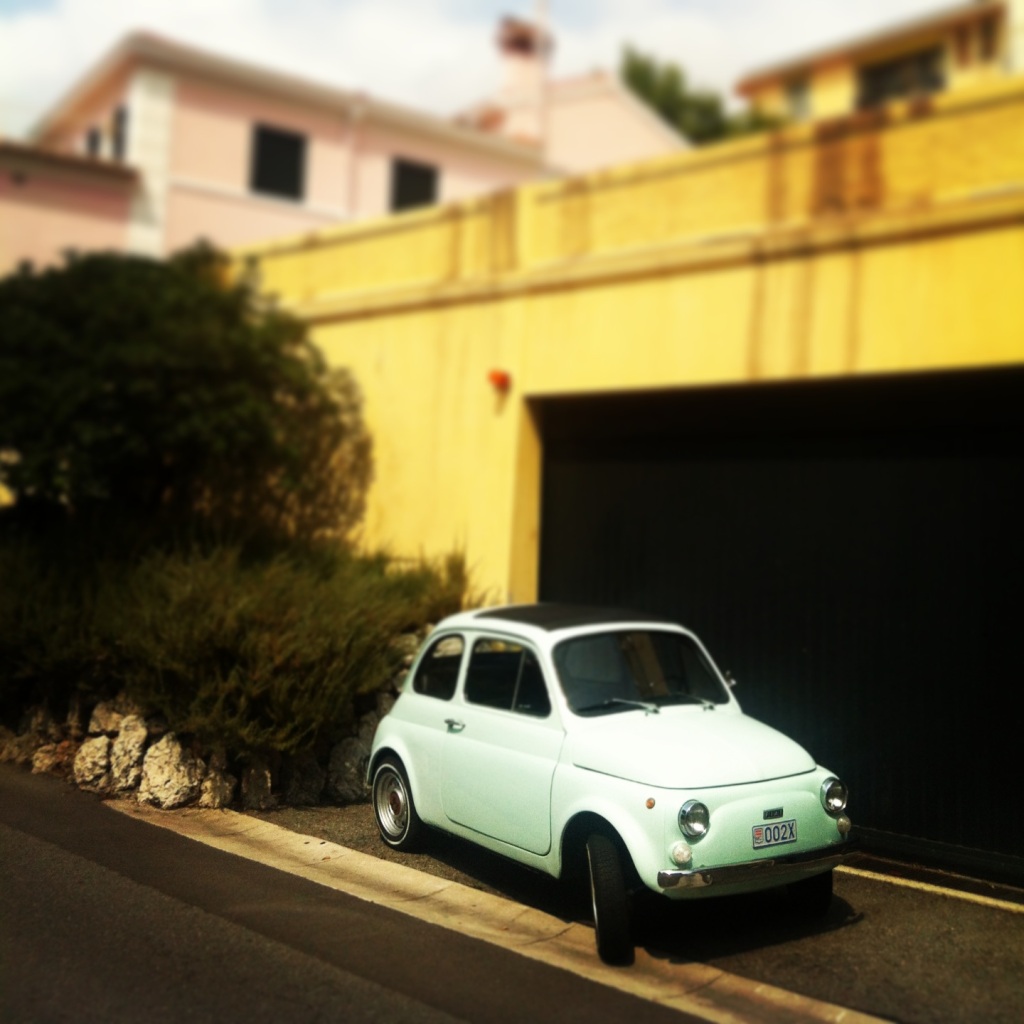 Now I’m home, surrounded by friends, all the people I love, and there are other people I love in other places.

I feel so full that I overflow. What do we do with this life?